Get blazing-fast Wi-Fi with the Huawei AX3 router

As the company’s first Wi-Fi 6 Plus router, it supports download speeds of up to 3,000Mbps with compatible devices, in addition to much-improved wall penetration.

It offers the following benefits over the Wi-Fi 5 standard (802.11ac):

Thanks to its long-term investment in Wi-Fi technologies, Huawei not only offers products that support the Wi-Fi 6 standard, they also integrate unique chip collaboration technologies using their self-developed Gigahome Wi-Fi chips.

The Gigahome Wi-Fi 6 chipset in the AX3 improves the frequency bandwidth to up to 160MHz, and realises on-demand automatic packet fragmentation in narrow-band mode via dynamic narrow-band technology.

The overall result is not only faster network connectivity closer to the router, but also more stable connections from further distances.

Additionally, the quad-core AX model adds features like HuaweiShare for one tap connections to the Wi-Fi network and Huawei HomeSec security to protect against brute-force attacks.I want to buy a Huawei Router South Africa.

Its optimal performance can be achieved when used in conjunction with compatible Huawei Wi-Fi 6 devices – including smartphones, tablets, and computers.

The Huawei AX3 router will ensure your home or office’s Wi-Fi network is as fast and reliable as any current technologies allow.

Pre-order it now on the Huawei Online Store or Incredible Connection at R1,499.

Below are images of the Huawei AX3 Wi-Fi router. 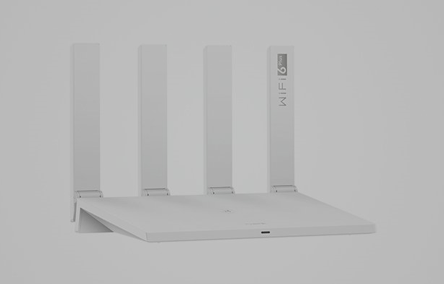 Product colour shape and functions are for reference only. The actual product may vary. Only the AX3 dual-core model is currently available for sale in South Africa, while the quad-core model will be available for purchase in 2021.