The Best Encryption Software for 2021 | PCMag

How would you like it if a cousin wandered into your office during a family get-together and read through all the papers on your desk? Sure, some of them are probably innocuous, but it would feel like a violation. To protect your privacy against unexpected snoops, you could keep all your papers in a safe, or write them in a secret cipher. The same is true of your electronic documents. Rather than leave them visible to snoops—many of whom are doubtless far more malicious than your putative cousin—you can use encryption software to protect your privacy. Just what sort of encryption tool you need depends on what you plan to do with your secrets. We’ve gathered a varied collection of tools to help you choose the one that suits your needs.

Note that the tools covered here focus on protecting local copies of your important files. If your needs involve sharing secrets with others, you may want to consider using an email encryption tool instead of, or in addition to, a local encryption utility.

In this roundup, I'm specifically looking at products that encrypt files, not at whole-disk solutions like Microsoft's Bitlocker. Whole-disk encryption is an effective line of defense for a single device, but it doesn't help when you need to share encrypted data.

You can use a Virtual Private Network, or VPN, to encrypt your own internet traffic. From your PC to the VPN company's server, all your data is encrypted, and that's a great thing. However, unless you're connected to a secure HTTPS website, your traffic is not encrypted between the VPN server and the site. And of course the VPN's encryption doesn't just magically rub off on files you share. Using a VPN is a great way to protect your internet traffic when you're traveling, but it's not a solution for encrypting your local files.

When the FBI needed information from the San Bernardino shooter's iPhone, they asked Apple for a back door to get past the encryption. But no such back door existed, and Apple refused to create one. The FBI had to hire hackers to get into the phone.

Why wouldn't Apple help? Because the moment a back door or similar hack exists, it becomes a target, a prize for the bad guys. It will leak sooner or later. As my colleague Max Eddy pointed out in a recent article about one-time Attorney General Barr's ignorance of encryption, "a backdoor is still a door and even a door with a lock on it can be opened."

All the products in this roundup explicitly state that they have no back door, and that's as it should be. It does mean that if you encrypt an essential document and then forget the encryption password, you've lost it for good.

Back in the day, if you wanted to keep a document secret you could use a cipher to encrypt it and then burn the original. Or you could lock it up in a safe. The two main approaches in encryption utilities parallel these options.

One type of product simply processes files and folders, turning them into impenetrable encrypted versions of themselves. The other creates a virtual disk drive that, when open, acts like any other drive on your system. When you lock the virtual drive, all of the files you put into it are completely inaccessible. 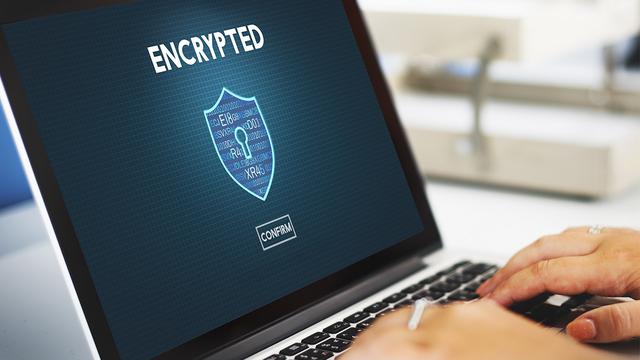 Which is better? It really depends on how you plan to use encryption. If you're not sure, take advantage of the free trial offered by each of these products to get a feel for the different options.

After you copy a file into secure storage, or create an encrypted version of it, you absolutely need to wipe the unencrypted original. Just deleting it isn't sufficient, even if you bypass the Recycle Bin, because the data still exists on disk, and forensic data recovery utilities can often get it back. These days, Windows 10 itself has file recovery built in.

Some encryption products avoid this problem by encrypting the file in place, literally overwriting it on disk with an encrypted version. It's more common, though, to offer secure deletion as an option. If you choose a product that lacks this feature, you should find a free secure deletion tool to use along with it.

Overwriting data before deletion is sufficient to balk software-based recovery tools. Hardware-based forensic recovery works because the magnetic recording of data on a hard drive isn't actually digital. It's more of a waveform. In simple terms, the process involves nulling out the known data and reading around the edges of what's left. If you really think someone (the feds?) might use this technique to recover your incriminating files, you can set your secure deletion tool to make more passes, overwriting the data beyond what even these techniques can recover.

An encryption algorithm is like a black box. Dump a document, image, or other file into it, and you get back what seems like gibberish. Run that gibberish back through the box, with the same password, and you get back the original.

The U.S. government has settled on Advanced Encryption Standard (AES) as a standard, and all of the products gathered here support AES. Even those that support other algorithms tend to recommend using AES.

If you're an encryption expert, you may prefer another algorithm, Blowfish, perhaps, or the Soviet government's GOST. For the average user, however, AES is just fine.

Passwords are important, and you have to keep them secret, right? Well, not when you use Public Key Infrastructure (PKI) cryptography.

With PKI, you get two keys. One is public; you can share it with anyone, register it in a key exchange, tattoo it on your forehead—whatever you like. The other is private, and should be closely guarded. If I want to send you a secret document, I simply encrypt it with your public key. When you receive it, your private key decrypts it. Simple!

Using this system in reverse, you can create a digital signature that proves your document came from you and hasn't been modified. How? Just encrypt it with your private key. The fact that your public key decrypts it is all the proof you need. PKI support is less common than support for traditional symmetric algorithms.

If you want to share a file with someone and your encryption tool doesn't support PKI, there are other options for sharing. Many products allow creation of a self-decrypting executable file. You may also find that the recipient can use a free, decryption-only tool.

Right now, there are two Editors' Choice products in the consumer-accessible encryption field. One is the easiest to use of the bunch, the other is the most comprehensive.

AxCrypt Premium has a sleek, modern look, and when it's active you'll hardly notice it. Files in its Secured Folders get encrypted automatically when you sign out, and it's one of the few that support public key cryptography.

Folder Lock can either encrypt files or simply lock them so nobody can access them. It also offers encrypted lockers for secure storage. Among its many other features are file shredding, free space shredding, secure online backup, and self-decrypting files.

Previously, we included CertainSafe Digital Safety Deposit Box as a third Editors' Choice winner. However, the company behind this product canned it, switched its focus to business, and even changed its name to Eclypses. Consumers can no longer benefit from CertainSafe's unique MicroToken Exchange technology—at least, not directly.

The other products here also have their merits, of course. Read the summaries above and then click through to the full reviews to decide which one you'll use to protect your files. Have an opinion on one of the apps reviewed here, or a favorite tool we didn't mention? Let us know in the comments.