What is Client-Server? Definition and FAQs | OmniSci

Client-server denotes a relationship between cooperating programs in an application, composed of clients initiating requests for services and servers providing that function or service.

What is the Client-Server Model?

The client-server model, or client-server architecture, is a distributed application framework dividing tasks between servers and clients, which either reside in the same system or communicate through a computer network or the Internet. The client relies on sending a request to another program in order to access a service made available by a server. The server runs one or more programs that share resources with and distribute work among clients.

The client server relationship communicates in a request–response messaging pattern and must adhere to a common communications protocol, which formally defines the rules, language, and dialog patterns to be used. Client-server communication typically adheres to the TCP/IP protocol suite.

TCP protocol maintains a connection until the client and server have completed the message exchange. TCP protocol determines the best way to distribute application data into packets that networks can deliver, transfers packets to and receives packets from the network, and manages flow control and retransmission of dropped or garbled packets. IP is a connectionless protocol in which each packet traveling through the Internet is an independent unit of data unrelated to any other data units.

Client requests are organized and prioritized in a scheduling system, which helps servers cope in the instance of receiving requests from many distinct clients in a short space of time. The client-server approach enables any general-purpose computer to expand its capabilities by utilizing the shared resources of other hosts. Popular client-server applications include email, the World Wide Web, and network printing.

There are four main categories of client-server computing:

One-Tier architecture: consists of a simple program running on a single computer without requiring access to the network. User requests don’t manage any network protocols, therefore the code is simple and the network is relieved of the extra traffic.Two-Tier architecture: consists of the client, the server, and the protocol that links the two tiers. The Graphical User Interface code resides on the client host and the domain logic resides on the server host. The client-server GUI is written in high-level languages such as C++ and Java. Three-Tier architecture: consists of a presentation tier, which is the User Interface layer, the application tier, which is the service layer that performs detailed processing, and the data tier, which consists of a database server that stores information.N-Tier architecture: divides an application into logical layers, which separate responsibilities and manage dependencies, and physical tiers, which run on separate machines, improve scalability, and add latency from the additional network communication. N-Tier architecture can be closed-layer, in which a layer can only communicate with the next layer down, or open-layer, in which a layer can communicate with any layers below it.

Microsoft MySQL Server is a popular example of a three-tier architecture, consisting of three major components: a protocol layer, a relational engine, and a storage engine. Any client machines that connect directly to SQL Server must have a SQL Server client installed. Microsoft’s Client-Server Runtime Process helps manage the majority of the graphical instruction sets on Windows operating system. 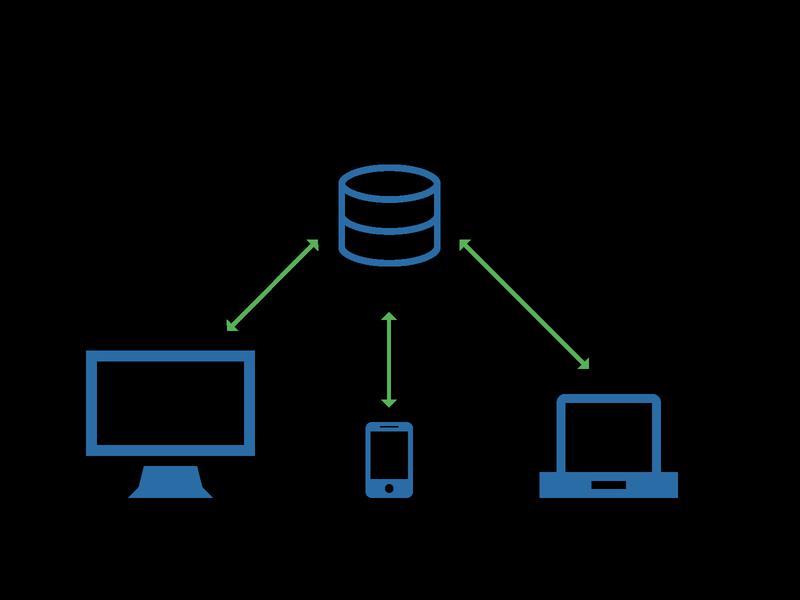 What is a Client-Server Network?

A client-server network is the medium through which clients access resources and services from a central computer, via either a local area network (LAN) or a wide-area network (WAN), such as the Internet. A unique server called a daemon may be employed for the sole purpose of awaiting client requests, at which point the network connection is initiated until the client request has been fulfilled.

Network traffic is categorized as client-to-server (north-south traffic) or server-to-server (east-west traffic). Popular network services include e-mail, file sharing, printing, and the World Wide Web. A major advantage of the client-server network is the central management of applications and data.

There are numerous advantages of the client server architecture model:

A single server hosting all the required data in a single place facilitates easy protection of data and management of user authorization and authentication.Resources such as network segments, servers, and computers can be added to a client-server network without any significant interruptions. Data can be accessed efficiently without requiring clients and the server to be in close proximity. All nodes in the client-server system are independent, requesting data only from the server, which facilitates easy upgrades, replacements, and relocation of the nodes. Data that is transferred through client-server protocols are platform-agnostic.

Difference Between Client and Server

Clients, also known as service requesters, are pieces of computer hardware or server software that request resources and services made available by a server. Client computing is classified as Thick, Thin, or Hybrid.

Thick Client: a client that provides rich functionality, performs the majority of data processing itself, and relies very lightly upon the server.Thin Client: a thin-client server is a lightweight computer that relies heavily on the resources of the host computer -- an application server performs the majority of any required data processing.Hybrid Client: possessing a combination of thin client and thick client characteristics, a hybrid client relies on the server to store persistent data, but is capable of local processing.

A server is a device or computer program that provides functionality for other devices or programs. Any computerized process that can be used or called upon by a client to share resources and distribute work is a server. Some common examples of servers include:

Application Server: hosts web applications that users in the network can use without needing their own copy.Computing Server: shares an enormous amount of computer resources with networked computers that require more CPU power and RAM than is typically available for a personal computer.Database Server: maintains and shares databases for any computer program that ingests well-organized data, such as accounting software and spreadsheets.‍Web Server: hosts web pages and facilitates the existence of the World Wide Web.

Server-side rendering refers to an application’s ability to convert HTML files on the server into a fully rendered page for the client. The web browser makes a request for information from the server, which responds, typically in milliseconds, with the fully rendered HTML display. Search engines are able to index and crawl content before it is delivered, making server-side rendering very beneficial for SEO.

In client-server rendering, rather than receiving all of the content from the HTML document, content is rendered in the browser using the client-side JavaScript library. The browser does not make a new request to the server when a new page is loaded. Search engine rankings may be negatively impacted as the content is not rendered until the page is loaded on the browser, however, website rendering tends to be faster in client-side rendering.

Peer-to-peer (P2P) is a decentralized communications model in which all nodes in the network have equivalent capability and can function as both a client and server. Nodes in peer-to-peer computing collectively use their resources and communicate with each other directly on-demand.

An algorithm in the peer-to-peer communications protocol balances load, making other peers available to compensate for any resource downtime, and rerouting requests as the load capacity and availability of peers changes. A major advantage of peer-to-peer networking is the ability to expand the network to manage a large number of clients.

Does OmniSci Offer a Client-Server Solution?

OmniSci Render leverages server-side GPUs to instantly render interactive visualizations of high-cardinality data. Exploiting server-side rendering technology, OmniSci can import and display millions of lines of data over the network to the client without any slowdowns associated with the transfer of high cardinality data. This distinguishes OmniSci from other technologies that transfer results to the client for rendering, which slows overall performance.