Manhattan: The Financial and Cultural Center of the World

Manhattan’s skyline is dominated by world-famous skyscrapers housing the headquarters of countless corporations and the US branches of many multinational companies. It’s among the most famous on the whole globe, and it will be familiar to everybody thinking of relocating to New York.

The UN headquarters, the Empire State Building, the Chrysler Building, Wall Street, Times Square, and the One World Trade Center are among Manhattan’s most defining features. At the same time, the borough also houses an abundance of cultural attractions, such as the Guggenheim Museum, the Museum of Modern Art, the Lincoln Center for the Performing Arts, and Broadway.

As Manhattan is very densely populated, it’s generally not the most popular borough among families. However, Manhattan neighborhoods such as the Lower East Side and the East Village rank quite highly in many “livability” indexes. They mainly attract a younger crowd of bohemians and professionals who value the area’s exciting nightlife, but families should be able to find their place there, too.

Tribeca, a neighborhood just north of the One World Trade Center, scores highly in many categories as well, with its good public schools, fantastic transportation links, and very low crime rates. It is thus a very attractive option for families in Manhattan, even though only the wealthiest can afford to live there.

Art and Diversity: Welcome to Brooklyn and Queens

Brooklyn is the most populous of the five boroughs and home to people of various cultural, social, and ethnic backgrounds. It boasts its very own arts scene and a great deal of noteworthy architecture. This is also where you will find Coney Island, one of the oldest amusements parks in the country, located on Brooklyn’s long beachfront.

Some neighborhoods recommended for families are Park Slope, Cobble Hill, Boerum Hill, and Williamsburg, all of which have low crime statistics, a lot of green spaces, and good public schools. While prices for accommodation are very high in these areas, they do reflect good value for money. 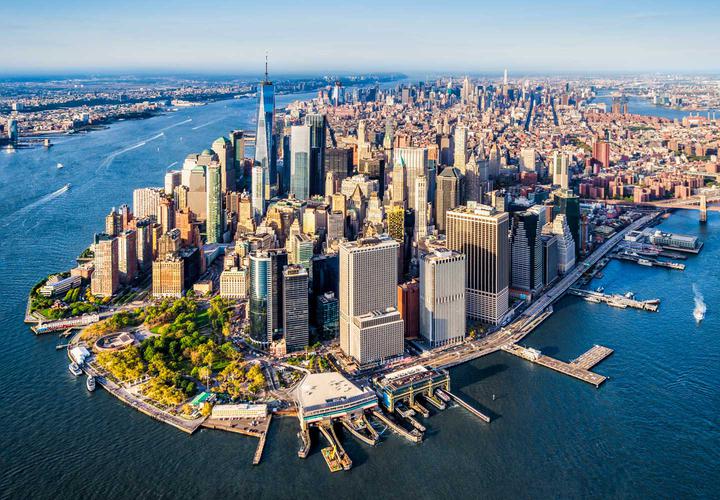 Queens is the largest borough in terms of surface area, and it’s among the most ethnically diverse communities in the whole country. The growing population is a good indicator for the popularity of Queens’ mostly residential and middle class neighborhoods, such as Sunnyside, Woodside, and Jackson Heights. Queens is also home to two of New York’s international airports,

A Bit Farther Away from the Vibrant Center: The Bronx and Staten Island

There are a number of new residential projects and regeneration processes going on, especially in the South Bronx, but despite that the Bronx may still be the least desirable borough to live in. Arguably most famous for being the cradle of hip hop and rap, the Bronx nevertheless has a vibrant street culture.

The median household income is lower than elsewhere in New York, and the quality of housing can vary greatly. However, the derelict facades of abandoned buildings, a common sight in the 1980s, are now a thing of the past. Among the more attractive neighborhoods are Riverdale, Schuylerville, and Co-op City, but commutes to Manhattan are long.

Staten Island is the most suburban of New York’s boroughs, and, fittingly, public transportation in general is below average. The subway does not operate there, and the only mass transit linking Staten Island to Manhattan is the free Staten Island Ferry, popular with commuters and tourists alike. Due to their proximity to Manhattan, in all likelihood, neighborhoods like West New Brighton or St. George on the North Shore are particularly desirable among expats.

PREV: Top 17 Must-Know Tips for Moving Out of State